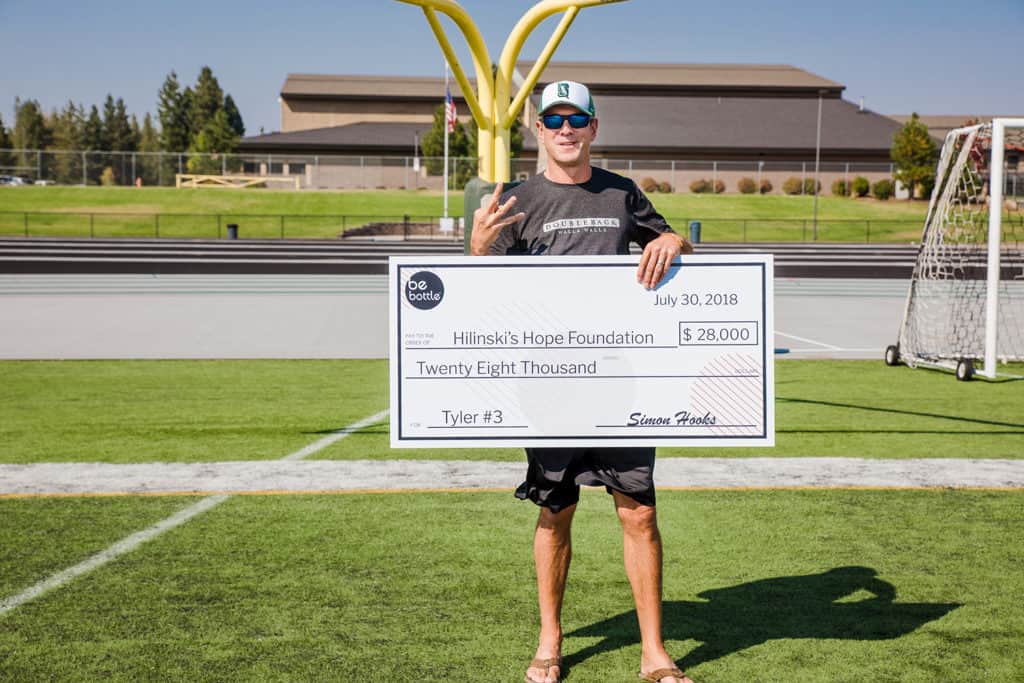 According to the World Health Organization, one in four people around the world will be affected by mental or neurological disorders in their lifetime. And two-thirds of people with a known mental disorder never seek help from a health professional. In recognition of National Suicide Prevention Week, we’re proud to announce the completion of our first fundraiser with the Hilinski’s Hope Foundation and the release of a new special edition H3H bottle, available here.

In January 2018, Washington State University’s (WSU) starting quarterback, Tyler Hilinski, took his life. Tyler’s passing was a shock to all that knew him, and the tragedy cut deep into the heart of Coug Nation, touching students, faculty, alumni, and fans. In the following months, Tyler’s family started the Hilinski’s Hope Foundation to raise funding for programs that help educate, advocate, and destigmatize mental illness among student-athletes. Fellow WSU Coug and Be Bottle’s Chief Brand Champion, Drew Bledsoe, wanted to help in any way possible and worked closely with the Hilinski family to develop a high quality, stainless steel Be Bottle that raised funds for the cause.

Thanks to the support of the Hilinski family, Coug Nation, and the Be Bottle community, $28,000 has been raised from the purchases of our first edition #3 Be Bottles. You can support the effort this football season by purchasing H3H Be Bottles for yourself, friends, family and coworkers. #CougNation #TylerStrong

← WHERE DO YOU CALL HOME? Our Favorite Infused Tea Recipes for Fall →